Mum's the Word for Sony

In 2019, Sony quietly announced the successor to the PlayStation 4 during an interview with Wired magazine, and speculation has run wild. Since then, we've discovered that Sony's next console is, indeed, going to be called "PlayStation 5". After so many consoles, it seems only fitting that Sony would stick with a numerical title. 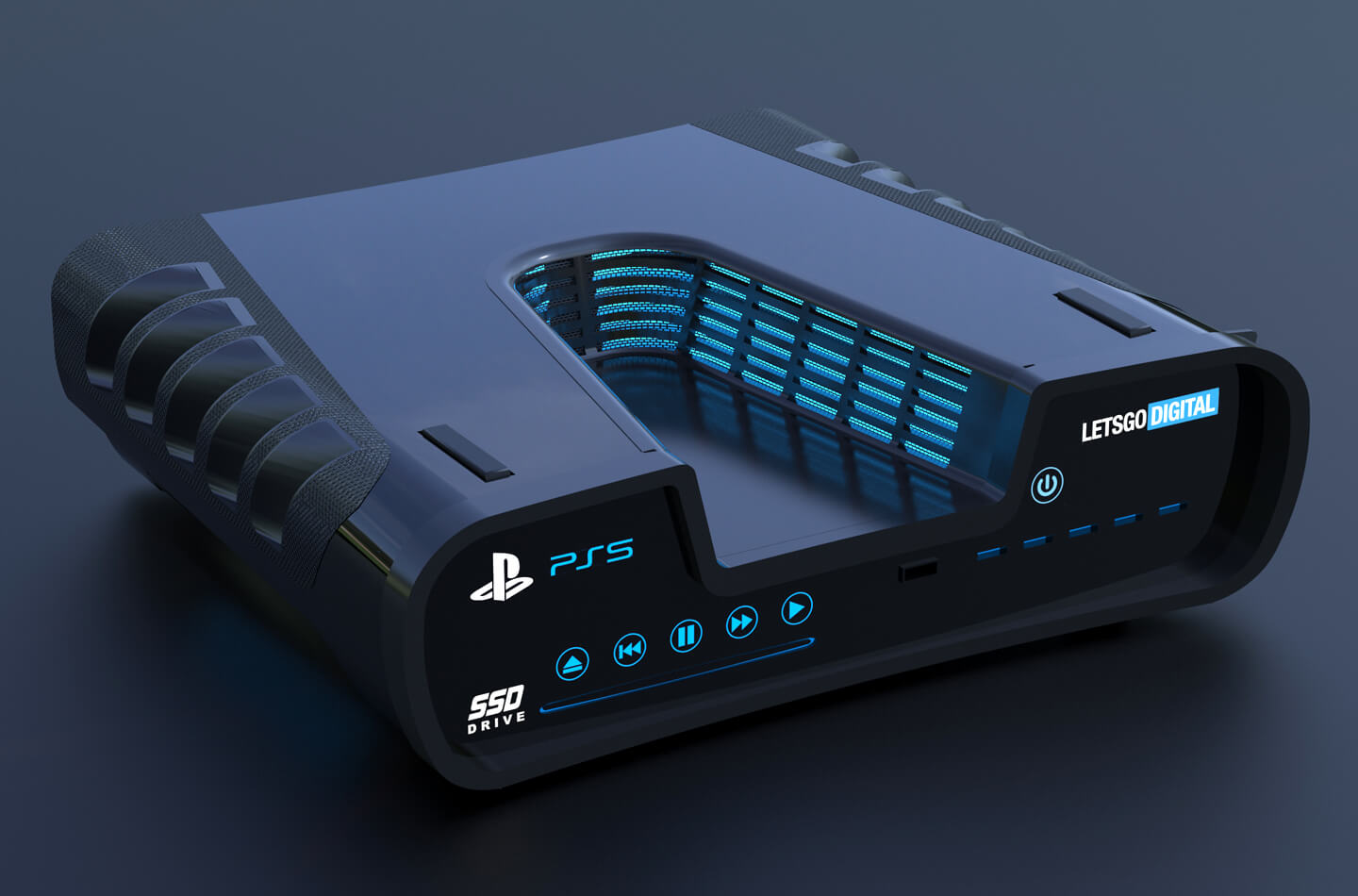 Beyond that, though, what has Sony let slip about their next-generation console? Well, in actuality, we have very few tasty tidbits so far. Sony hinted at details coming in February 2020, but since that time has come and gone, we're left jonesing for some of the juicier details about the PS5. After all, Holiday 2020 is just around the corner.

Nonetheless, here's what the executives over at Sony Entertainment have teased us with so far.

Hard Facts about the Hardware

We know for sure that the PS5 is going to sport a completely custom solid-state drive, as revealed in October 2019. An SSD means super-fast access to games that are stored on the system, a priority for Sony this time around. Additionally, it means increased bandwidth for streaming of any kind. This custom SSD also helps support the potential for games up to 8K resolution, meaning plenty of longevity for the upcoming console.

Another confirmed piece of the new PlayStation is the hardware-based ray-tracing Ultra HD Blu-ray disc system. This means that, yes, Sony is indeed sticking with physical games in the next generation. Being able to run discs with more content means worlds bigger than ever before, with significant upgrades in graphics.

Additionally, fans can rest assured that the PS5 will be backward compatible with "most" existing PlayStation 4 titles. It'll also play nice with PlayStation VR, a bonus for owners of this accessory system to the PS4. Other generations have yet to be confirmed or denied, though there's plenty of speculation about the PS5's actual capabilities.

The PlayStation 5 will get a whole new controller with its release. The haptic feedback is slated to be better than the traditional rumble technology in the current Dualshock 4. Audio will still be built directly inside of the controller, with improvements planned for the "Gold Standard" audio for which Sony is famous.

The controller is also confirmed to have adaptive triggers. These will be capable of reacting to the amount of pressure applied to them for a more responsive in-game experience. Finally, the updated controller will leap forward and use a USB-C connection as well as have improved battery life.

Finally, AMD technology is returning front and center for the PlayStation 5's CPU. The 8-core Bespoke AMD chipset has been confirmed, but beyond that, the official word is still out on the details of its build and exact capabilities, such as the Tflops and GPU.

... And Some Soft-Boiled Rumors

There's speculation that AMD is providing the latest Zen 2 microarchitecture for the PS5's CPU. The third-generation Ryzen technology would make the PS5 on par with confirmed Xbox Series X specs, a favorable look for Sony at the moment.

The PS5's GPU is rumored to be similarly comparable to Microsoft's upcoming console. PlayStation 5 could boast a custom version of AMD's Navi technology featuring RDNA microarchitecture, meaning that the PS5 could runner faster for longer and stay cooler overall.

Furthermore, there are rumors that AMD's SmartShift may be the magic that will allow the PS5 to support up to 8K. SmartShift is a patented technology that lets a system adjust the amount of power being used by various parts of that system. For games that require an extra oomph graphically, SmartShift could potentially divert more power to the GPU and away from the CPU.

Sony seems content to hold its official cards close to its chest for now. Nonetheless, secrets can only be kept for so long in the modern age. We expect to get some more official details about the PS5's hardware very soon!

But What About Game Accessibility at Launch?

There is still tons of conjecture about what first-party titles Sony plans to launch on PlayStation 5. Upcoming games like Last of Us 2 and Ghost of Tsushima seem the perfect candidates for what Sony is calling a "soft" transition into the next generation console. However, there are a few games that Sony has assured fans will be available at launch. Below is a good spread of both confirmed first and third-party titles for the PlayStation 5.

This PlayStation 5 exclusive is the latest in development from beloved game makers Gearbox. The team famous for the Borderlands series tackles the fantasy roleplaying genre but promises to keep the action level high. Slated for a 2020 Holiday launch, this shooter-looter promises to be one worth picking up at the PS5's launch.

Square Enix confirmed in a conference that this heavy-hitting title would be available "on next-generation consoles." This means it's highly likely Episode 1 (focused on Midgar) will get a launch release alongside the PS5 during the holiday season of 2020, although it will be available on the PS4 in March 2020.

While this game launches in September 2020, the developers have already stated that anyone purchasing the old-generation copy will be eligible for a free upgrade. This means that, undoubtedly, this long-anticipated gritty futuristic RPG (starring the internet's favorite Keanu Reeves), will see availability and future support on the next-gen PlayStation console.

Square Enix's support for next-generation consoles is coming out strong. This sci-fi, three-person co-op shooter, aims to launch on both the PS5 and Xbox Series X during the holiday 2020 season. The loot collection combined with RPG elements like customizable skill trees in Outriders is sure to provide plenty of action for thrill-seekers.

The Lord of the Rings: Gollum

While it's slated for a 2021 release, this title's recent confirmation has fans titillated. It's a return to Middle Earth, sure to entice veterans of the franchise as well as newcomers. The story will focus on the character Gollum, a hobbit-like creature who becomes corrupted by the One Ring of Power. Expect plenty of tough decisions with a heavy emphasis on lore in this fantasy powerhouse title.

There are plenty of first-party titles that Sony would be wise to breathe new life into. Here are a few logical choices, as well as some that would be dreams come true.

The epic post-apocalyptic saga continues in Sony's confirmed sequel. It would be a match made in heaven that a game series known for being gorgeous would benefit from the PS5's updated graphical capabilities. Bringing Last of Us 2 onto the PS5 as a launch title would give plenty of gamers a reason to check out Joel and Ellie's classic story before the confirmed HBO series launches.

Sony's long-standing franchise got a stellar reboot with the revamped God of War on PS4. Plenty of rumors about the second installment in this series is close at hand, so it would be perfect for finding out that it's in development for next-generation. Kratos has plenty of wraths left to spend after the end of God of War, and where better for him to lash out than on the new and improved PlayStation?

A relative newcomer, the first title, and its expansion showed that Sony holds plenty of power in its independent titles. The epic story of Aloy discovering her past in a mysterious world provided a solid RPG action experience for millions of players on the PlayStation 4. It would be perfect to see what else this world holds in a brand new light, with a brand new tale.

All in all, what we actually know about the next-generation console from Sony is pretty minimal. Hopefully, the company opens up sooner rather than later about the PS5, as there isn't even a price point revealed yet. The holiday season is right around the corner, and gamers are eagerly awaiting to see which console will give them the best gaming experience. Sony certainly seems poised to make a splash if the PS5 can follow through with the self-generated hype!