What is Pokémon Sword & Shield?

Pokemon's new entries always have a new impact. Each new entry in the series has introduced more Pokemon, more parts of the world, and more mechanics that grow and change the way that the series works. November of 2019 has seen the release of the latest iterations of Pokemon, Pokemon Sword and Pokemon Shield. These two games continue the long-running tradition of paying attention to the series' past while still moving forward with new technology and new mechanics. While there are some major changes to the way the games work, there are also enough familiar features that the game is clearly part of the same gaming lineage as its predecessors. 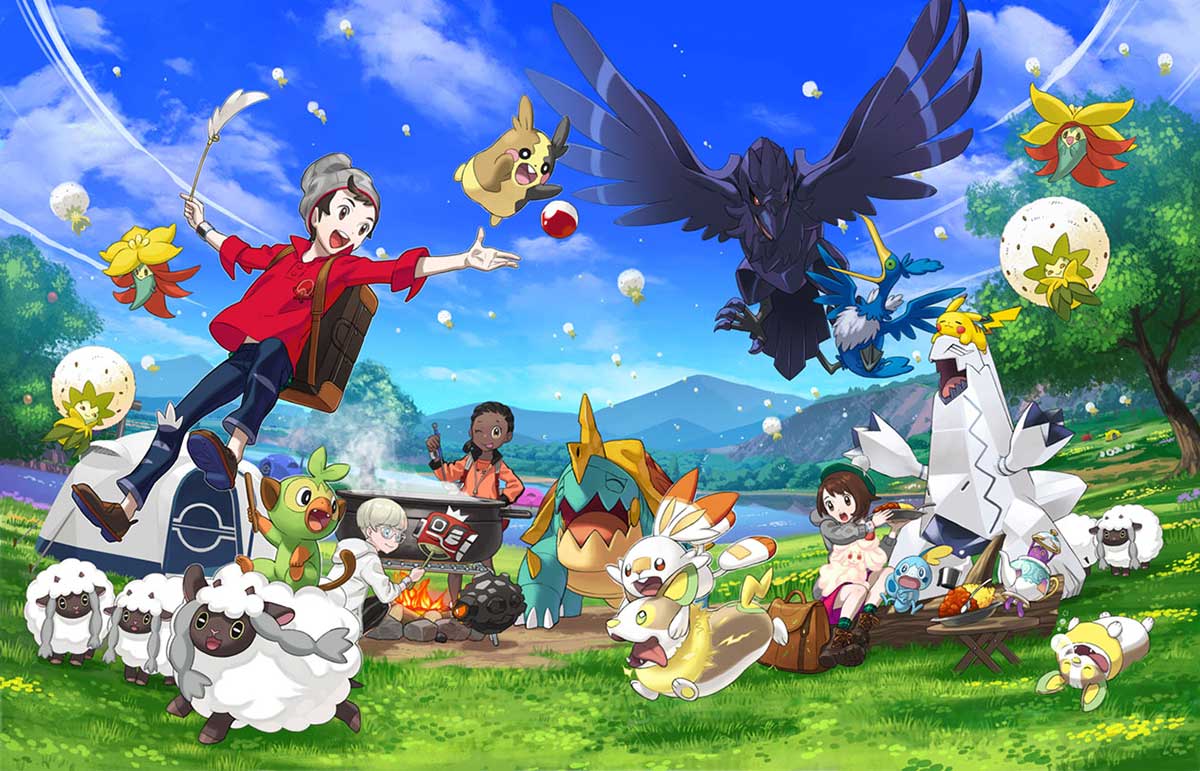 A First for the Series

The biggest change in the Pokemon series is not necessarily anything mechanical, but rather the platform on which the game is releasing. For the first time ever, a mainline Pokemon game is being released on a home console instead of one of Nintendo's portable systems. Every one of the major releases in the Pokemon series has found its home on either the Gameboy or DS series, but the new games are all exclusive to the Nintendo Switch. While the Switch earlier saw the remake/update of Let's Go Eevee/Let's Go Pikachu, this is still an amazing first for the series.

The move to a console realistically has more of an impact on the series than most might think. Though the 3DS/2DS generation of handhelds was more powerful than what came before, the Pokemon games were still somewhat limited in terms of what they could do graphically by the handheld hardware. Since the game can now take advantage of the full power of the Switch, the new iterations look significantly better than any Pokemon game that has come before. The animations are smoother, the Pokemon look better, and the world is much bigger.

With that said, the game is still one that's designed to be played on the go. The developers at GameFreak were always adamant about Pokemon having a real-world social element, so even this game was designed for the Switch's handheld mode. There will almost certainly still be the store events and festivals that have been such a big part of past Pokemon games going forward, and players will still be encouraged to trade directly with others. What you're looking at here is an upgrade, not a total change in design philosophy.

As has been traditional with the Pokemon sequels, Sword and Shield move their players to an entirely new region. The Galar Region is one that has not been encountered before and is based heavily on Great Britain. With the new world come many new Pokemon, including a trio of new starters and new legendaries. While some very well-known Pokemon from the past generations do show up in the Galar Region, there seems to be a major focus on bringing in new Pokemon and giving this region its own unique identity.

In addition to creating a new world, the Galar Region has also brought in some changes to Pokemon. Dynamax and Gigantamax forms make their first appearance here, changing either the form or size of certain Pokemon. Other types of evolutions, including Mega Evolutions, have been removed in favor of these new forms. Pokemon can now also complete jobs on their own in order to gain experience or to get rare materials. All of these changes definitely make the experience feel quite new even to players who have sampled all of the other games in the series.

One of the biggest changes to Pokemon is a limitation on which Pokemon are actually available in the new game. One of the time-honoured features of Pokemon has been the fact that at some point, players could import their caught Pokemon from previous entries in the game into the new iterations. GameFreak has made the decision to limit Sword and Shield's players to only those Pokemon that could actually be found in the Galar region, cutting out a very significant portion of the 800-plus Pokemon that have been seen in the games since the series was first launched.

The limits on the Pokemon appearing in the game have not, however, stopped the developers from adding new Pokemon to the game. Rather than making the limited entries as a 'best of' list, there's a solid mix of classic creatures and new entries. These new Pokemon take some of their design cues from the history and culture of Britain, while others are pulled from the same fantastic and mundane examples that have informed Pokemon designs in all the previous versions of the game.

Features from the Switch

While Sword and Shield are obviously their own games, they take quite a few nods from the publisher's last foray onto the Nintendo Switch. Let's Go Eevee and Let's Go Pikachu were updates of the original Pokemon games, but they brought a number of new elements with them. One of these features, the idea of a regional variant, has carried over to the Galar region. There are a few Pokemon that have all-new Galar variants, and even a few that will have all-new evolutions that are going to be unique to this version of the game.

The other major cue that Sword and Shield take from the previous Switch entry is the presence of wild Pokemon visibly roaming through the overworld. Instead of forcing players to fight random battles, players will generally have control over which Pokemon they battle and under what circumstances they will have to fight. This very user-friendly feature has gained a great deal of praise from new and old players alike, as it greatly speeds up the play of the game without sacrificing some of the best moments in the series. Some encounters will still be more or less forced, but being able to avoid getting stuck in a loop of attacks is definitely a feature to which many players have been looking forward.

More than anything else, Sword and Shield are both attempts to balance both the traditional spirit of Pokemon with the needs of new players. Much of the praise that has been given to the game in the pre-release timeframe has to do with how much work the developers have done to streamline how the game is played. Many of the game's more archaic elements have been phased out, while much of what makes Pokemon work so well has been carried forward.

While there have certainly been attempts to ensure that new players get plenty from these games, older players haven't been left out. Sword and Shield are still incredibly deep, with plenty of systems to explore and to exploit for those players who are more familiar with Pokemon. The barrier to entry may have been lowered by quite a bit, but that does not mean that the depth that's always been present in the Pokemon series has gone away.

Pokemon Sword and Shield are both the latest iterations of a long-running series as well as the start of a new console-based future for the Pokemon franchise. A new region has been added, as have new features. While some classic Pokemon have been removed, there have also been new mechanics and new animations added in their place. How well the game pulls off the transition to a traditional console is yet to be seen, but there seems to be a great deal of potential yet to be unlocked in Pokemon Sword and Pokemon Shield.