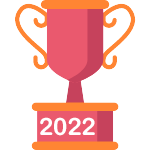 Friday Night Funkin' takes the form of an 8-bit style beat 'em up in which you control Boyfriend, who must defeat a series of opponents to continue dating his significant other.[read more below]

GameSnort does not officially represent or develop Friday Night Funkin'. Copyrights belong to the respective parties. NOTE: The following articles, comments, videos, and other review material include links to the Official Website or other Legal Sources for the game.

The game has multiple levels referred to as weeks each containing three songs; however, only one song from every level will be available for play at any given time - so it's important that players learn how best to position themselves accordingly!

Friday Night Funkin' is a fun game with a lot to offer. The story is well done, and the music is great. The gameplay is simple, but the difficulty ramps up in a way that makes you want to keep playing. The art style is fun, and the humor is cute. While the game is short, it is a good experience, and the replay value is good. If you like rhythm games, this is a great one to play.

This Rhythm Game Hits All the Right Notes

The Beginning of the Funk

Friday Night Funkin' is an open-source rhythm game created from a collaboration of four Newgrounds users: Ninjamuffin99 (Cameron Taylor), PhantomArcade (David Brown), Kawai Sprite (Isaac Garcia), and evilsk8r (unknown). If you've ever played games like Guitar Hero or Dance Dance Revolution, then you're familiar with the concept of rhythm games.

The popular, music-themed indie game launched in 2020 as a submission for Ludum Dare 47, a bi-annual game jam competition. Despite the initial demo being fairly rudimentary, it struck a serious chord with gamers, and demand for a complete release skyrocketed. Since then, lead developer Cameron Taylor has continued to release regular updates adding new menus and levels, and the game's following has continued to grow.

In Friday Night Funkin', you play Boyfriend, a blue-haired teenager who must face off against a series of opponents in intense musical battles so he can gain the affection of Girlfriend. These adversaries range from Girlfriend's demonic parents to several unique monsters and characters from previous Newgrounds games.

As your protagonist holds his mic and goes toe-to-toe with enemies in frantic sing-offs, his love interest sits casually atop a boombox and watches with indifference. Each of Boyfriend's rivals is in on the plot to keep them apart, but with each victory, he gets that much closer to winning Girlfriend's heart.

The animation style is one element that makes Friday Night Funkin' stand out. The game has a very distinct look and feel, and every character manages to be unique and eye-catching.

Each character has their own voice and different animations for each arrow key, which truly shows the care and dedication put into making the game.

The visuals of the game are always moving, whether it is the vibration of the speakers or the characters constantly bopping to the music.

Speaking of the music, you'll almost certainly find yourself grooving along to it as well. Each level has several songs; some are smooth and dulcet, whereas others are more energetic and hard-hitting. Each one has a vibe that perfectly fits the aesthetic of its level.

Jumping Into the Funk

The current iteration of Friday Night Funkin' has two game modes: Story Mode and Free Play. During Story Mode, you work your way upwards through each level on Boyfriend's romantic quest. Free Play, on the other hand, allows you to try out any of the 18 available songs, including the tutorial.

Players can choose from Easy, Normal, and Hard difficulty, and hand-eye coordination is paramount for success. The gameplay is simple; visual notes fly up the screen in time with the music, and you have to press the corresponding arrow keys at precisely the right moment to gain points. As the difficulty level rises, these notes come at you faster and in more complex patterns.

The straightforward gameplay can become very addictive, very fast. Hard mode can get frustrating, but if you start on Easy or Normal, muscle memory should allow you to improve consistently until you're ready for a challenge. When you finally nail a song on the hardest difficulty, it feels awesome.

Friday Night Funkin' is a game that you can easily hop into on a whim, play for a few minutes, and come back to later. In its current form, which is technically a demo, it can be played online or downloaded for Windows, macOS, and Linux.

In 2021, the plot thickened when the game's developers created a Kickstarter campaign to turn the demo into a complete version. The campaign managed to raise more than two million dollars, so it looks like we'll have "Friday Night Funkin': The Full A$$ Game" sometime in the near future!

Friday Night Funkin' is a donationware game, so if you enjoy it, you can donate to its developers through the game interface itself.

If you're a fan of rhythm games like Guitar Hero and Dance Dance Revolution, Friday Night Funkin' is sure to be right up your alley.

Boyfriend is back for another weekend of gaming, this time he's got a date with his favorite gal. The player takes control over Boyfriiiend and must defeat opponents in order to continue dating her! Every week there are three songs that need playing - but be careful because each level has its own unique opponent who will try their hardest not just once...but twice!

What do you think?

Let us know what you think of this review, or help us by sending in your own review! Who knows, maybe you could get your dream job...

It looks like we don't have any questions to answer about Friday Night Funkin'!

You may find what you are looking for in our comments section.

It's a rhythm game that doubles as a playable cartoon. You have your girlfriend, but her folks don't...

Fall Guys: Ultimate Knockout flings hordes of contestants together online in a mad dash through roun...

Hades is a rogue-like dungeon crawler in which you defy the god of the dead as you hack and slash yo...

The upcoming RPG from CD Projekt RED based on the Cyberpunk 2020 tabletop RPG created by Mike Pondsm...

All reviews are authentic, protected by international copyright law, and owned by GameSnort.

Do not copy, distribute, or reprint without express written consent from GameSnort.

Familiars.io Is Pokémon-Inspired MMORPG You Can Play on Twitter

Gaming on Twitter Twitter is a great social media platform, but it's not the most friendly to flash games. The platform has disabled the ability to embed classic MS-DOS games since 2015. There's appa…

The Top 10 Most Terrifying Games to Play Right Now

Creepy-Crawly Games to Play Just in Time for Halloween Just in time for Halloween, we've got a selection of some of the spookiest titles of which we could think. This list features lots of different …

5 Must-Play Social Deduction Games if You Like "Among Us"

Summer of Social Beans Online games are a wildly popular genre in 2020. While most are shooters like Fornite and CS: GO, there's plenty of other kinds of competitive play available. Fall Guys and the…

PS5 UI Could Be a Game Changer Sony has continued to reveal more and more information about the Playstation 5's hardware, launch titles, and new DualSense controller as the console's release date get…

Fortnite, developed and published by Epic Games in 2017, is one of the most popular games in the world. It offers three different game modes for players: Fortnite Save the World, which is a co-op sho…

It's a rhythm game that doubles as a playable cartoon. You have your girlfriend, but her folks don't dig you. In fact, they downright hate you, and it doesn't help that they're literal demons. And if…

Garry's Mod is a physics sandbox. There aren't any predefined aims or goals. We give you the tools and leave you to play. You spawn objects and weld them together to create your own contraptions -…